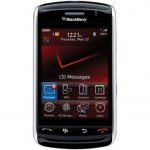 Ringtones are digital copies of songs, typically around 30 seconds in duration, that are designed to be played on a mobile phone in order to signal an incoming call in the same manner as would a telephone ring.  Ringtones come from a variety of sources, but most commonly, mobile phone customers download ringtones from their service providers, such as AT&T, Sprint, or Verizon.

The distribution of ringtones via downloads triggers publishers’ copyright rights to reproduce and distribute musical works.  With respect to such rights, mobile phone carriers pay royalties (commonly referred to as “mechanical royalties”).

In addition to mechanical rights, publishers also control the right to publicly perform musical compositions.  The recent New York District Court decision addresses whether ringtones, which are often played “in public” when a phone “rings,” require payment of performance royalties to publishers (and/or other owners of musical works).

The District Court’s decision involves a dispute between Verizon Wireless and ASCAP, a performing rights organization that licenses public performance rights to musical works on behalf of it members (publishers, composers, and songwriters).  Verizon sued ASCAP in the District Court in the court’s capacity as a “rate court” pursuant to the US Department of Justice’s 1941 antitrust consent decree with ASCAP.  The consent decree established the “rate court” as a forum to resolve disputes with ASCAP (and BMI) over public performance fees.

ASCAP argued that Verizon engages in public performances of musical works when (1) it downloads ringtones to customers and (2) when mobile phones play ringtones to signal incoming calls.

The Copyright Act provides that performing a song “publicly” means either (1) playing a song at a place open to the public or (2) transmitting a song to the public whether the individuals receiving the song hear it played at the same place and time or different places or times.  The parties agreed that the sole act of downloading a ringtone is not the same as playing a song under the first clause of the “publicly” definition.  However, ASCAP argued that the transmission of downloads invoke the “transmitting” clause.

The Court held that because each act of downloading a ringtone only involves the transmission of a unique copy of the song to one customer, the transmission is not made to the public.  The Court also considered whether a download is just the first link in a chain of transmissions ending when the customer uses the ringtone to alert her to an incoming call.  Citing the Court of Appeal’s decision in Cartoon Network v. CSC Holdings, 536 F.3d 121 (2nd Cir. 2008) , the Court observed that a link of transmissions would only be considered “to the public” under the “transmitting” clause where it is clear that the final link in a transmission is “undisputedly a public performance.”  As discussed below, the Court concluded that playing a ringtone does not qualify as a public performance, and thus concluded that the “transmitting” clause is not applicable.

In addition to rejecting ASCAP’s argument under the “transmitting” clause, the Court also determined that ringtone downloads are also not “performances” because a performance requires “contemporaneous perception.”  Since a ringtone download is a transmission of data rather than a musical broadcast, the download itself is not a perceptible rendition of a song.  In support of this conclusion, the Court referenced its prior decision in United States v. ASCAP, 485 F. Supp. 2d 438 (2007), in which it held that the downloading of music itself is not a public performance.

The Court also rejected ASCAP’s argument that there is a public performance when mobile phones play ringtones to signal incoming calls.  The Court considered two exemptions to the public performance right in the Copyright Act:  (1) performances that occur within “the normal circle of a family and it social acquaintances” and (2) performances without the expectation of “direct or indirect commercial advantage.”

The Court ruled that both of these exceptions apply to the mobile phone customer’s playing of ringtones because even when a phone “rings” in a public setting, the phone user is not playing the ringtone with the expectation of any profit.

And, even if the “ring” on a customer’s phone were not exempt, the Court held that Verizon would not be liable because Verizon does not (1) control when a phone rings or which ringtone is played or (2) profit specifically from act of playing a ringtone.

While the Court’s decision is a defeat for ASCAP and publishers, it is not surprising.  The decision comes on the heels of a 2006 decision by the Register of Copyrights that held that ringtones can qualify for the compulsory mechanical license under the Copyright Act which is only applicable for qualifying “private uses.”  The Register of Copyrights ruled that the primary purpose of ringtones is for private, not public uses.  See Docket No. RF 2006-1, U.S. Copyright Office, Oct. 16, 2006.

Furthermore, ASCAP was not necessarily the most sympathetic party here.  The fees requested by ASCAP could be perceived, in effect, as a “double dip,” since publishers are already paid mechanical royalties for ringtones.  Granted, such mechanical royalties are generally limited in amount by the compulsory license rate.

This is likely not the end of the story.  Recently (and prior to the Court’s ruling), publishers asked Congress to revise the copyright law to clarify that digital downloads implicate the public performing right.  Such a law could effectively reverse the Court’s decision.  And, not only could this affect ringtones and music downloads, but it also could affect downloads of movies and television shows.  This could be particularly significant given the potential shift of the public’s viewing habits from television (for which significant public performance fees are paid) to on-demand downloads to iPods and laptops (which are not now considered public performances).